Singapore now claims the top spot for real estate investment prospects in terms of price increases in 2020. Hong Kong, rocked by months of violent political protests, has fallen from 14th place to the bottom of the pile in 2019.

Hong Kong’s drop to the least-favoured destination for real estate investment next year is due to its retail and tourism sectors taking a beating, affecting economic growth.

The city-state has benefited from a surge in interest among investors who are steering clear of Hong Kong and China, which are viewed as “geopolitical flashpoints”.

For the past few quarters, apartment prices in Singapore have rebounded, showing resilience in the residential market, with the office sector mostly absorbing the oversupply.

Hong Kong’s problems bode well for Singapore, at least for a little while, according to Urban Land Institute CEO Ed Walter.

“A lot of theory in investing is less about what was, versus what is or what is going to be,” he added.

Singapore also saw a rise in property transactions in the first half, with majority of the activities driven by cross-border capital. Deals amounted to $4.9 billion (S$6.6 billion) in the period, a 73% year-on-year growth.

Walter described Hong Kong as having a “very resilient market”, backed by its high property prices. He believes that after the protests, sectors such as retail can recover quickly.

“The bigger issue is what happens from a political perspective and what does that signal about Hong Kong’s place as a financial centre,” he said.

Singapore placed second-to-last among 22 centres as recently as 2017, overtaken by cities such as Sydney, Tokyo and Bangalore as vacancies rose and rents dropped. In 2017, Hong Kong placed 18th. 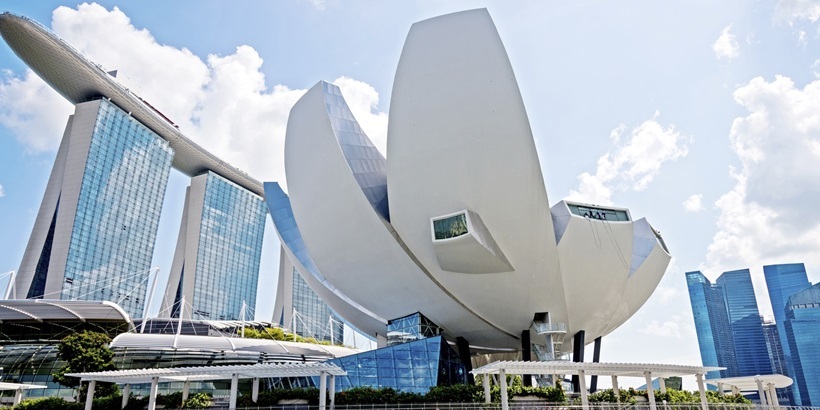 New private home sales in Singapore fell 27% in October from September, reported Channel News Asia, based on the data released by the Urban Redevelopment Authority (URA). According to URA data, developers only sold 928 units in October (955 units...

An increasing number of South Korean investors are getting interested in real estate in foreign countries, especially the United States and Japan where regulations are relatively lax and property values are stable.

The Top 2020 Handbag Trends to Know